To obtain optimal light blockage from my apartments poorly designed micro venetian blinds, I have flipped the blinds around so the tilt rod and raise/lower strings are now on the window side and hard to use.

This results in the bedroom blinds being left closed most of the time, and as my kitchen gets sunlight through the bedroom door, it leads to a dreary disposition.

This sounded like a perfect opportunity to improve my working from home experience through the use of technology by adding a button driven mechanical process to open and close my blinds, and I’d get to play with Arduino and do some more programming.

Code is on github here 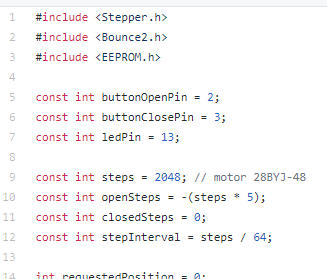 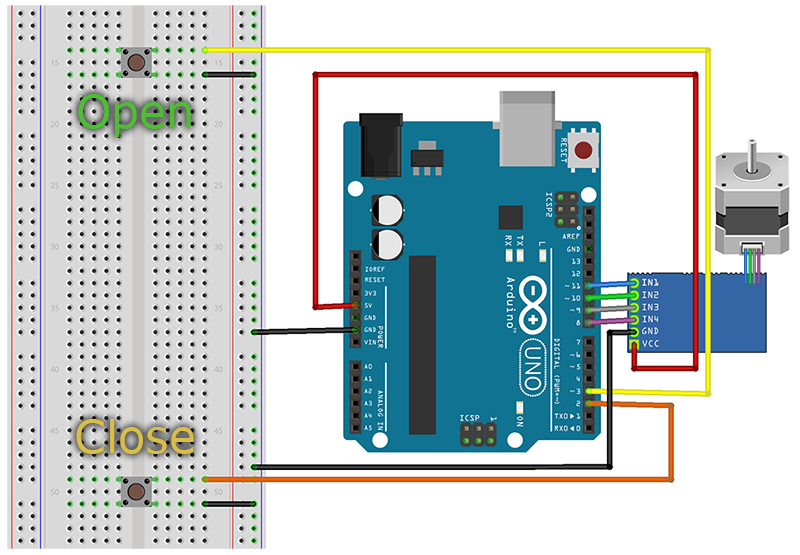 Breadboard with open and close buttons attached to the wall. Lego tower behind the blinds, with the stepper motor stuck to the top. Shaft coupler connecting to the tilt rot. 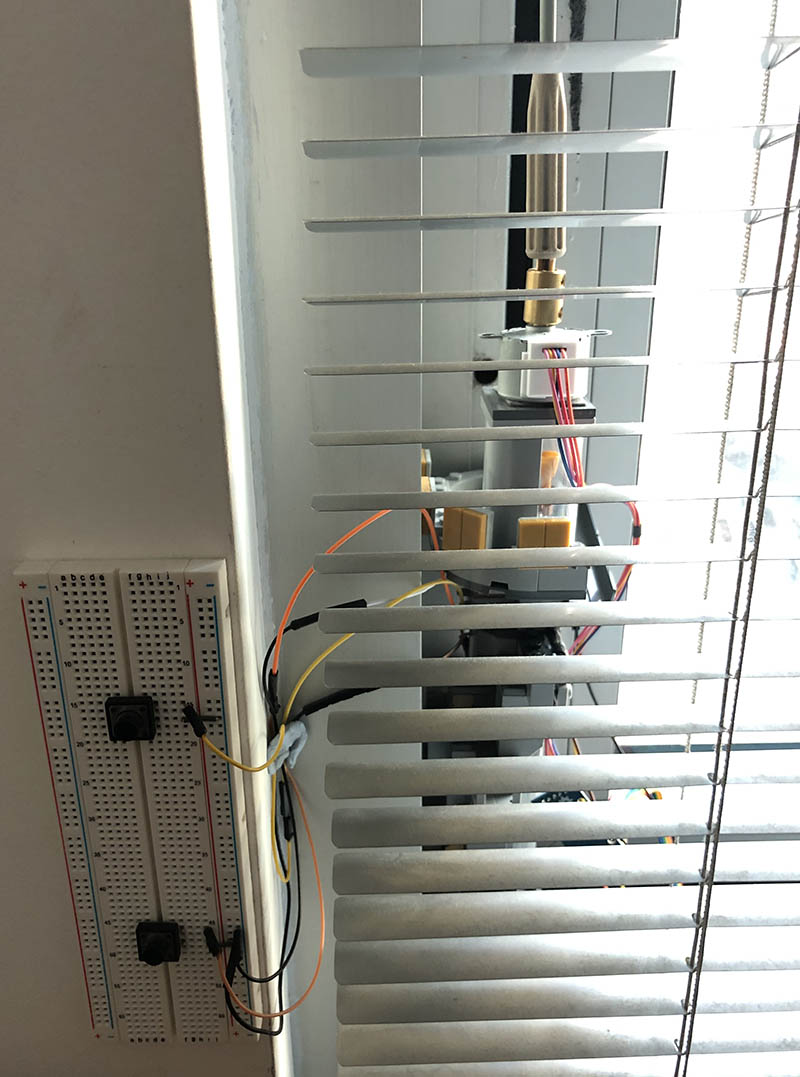 Random angry birds lego tower I had in the cupboard that was basically the correct height. One day I may replace it 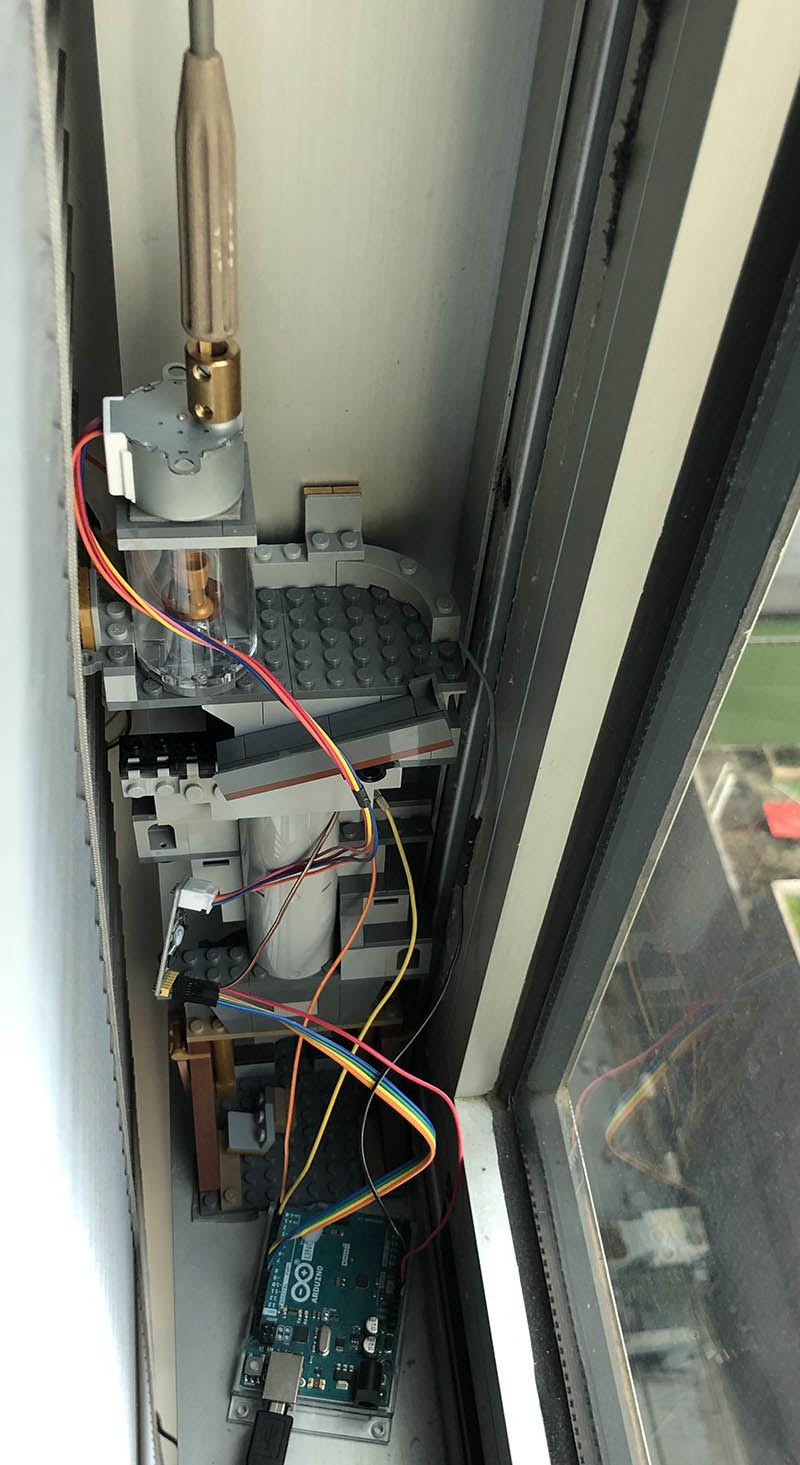 If you don’t have any equipment yet, a $40 kit at jaycar containing an UNO Arduino-Compatible board, breadboard, usb cable, jumper wires etc might be a good start and may be cheaper than buying some of the parts individually

Decisions I had to make

Turning the tilt mechanism using either a servo or a stepper motor seemed like the best approach as then I wouldn’t have to figure out how to interface with the raise and lower string which is the kind you have to pull on an angle.

Where to attach to the tilt mechanism

I took down the blinds and experimented with housing a motor in the top rail connected to the horizontal metal rod that is responsible for the tilt, but there’s not much room up there (at either end), and I decided that a modification that could be removed easily to return the blinds to manual control was preferred. This meant that I was going to have to attach a motor to the tilt rod that a human normally turns. 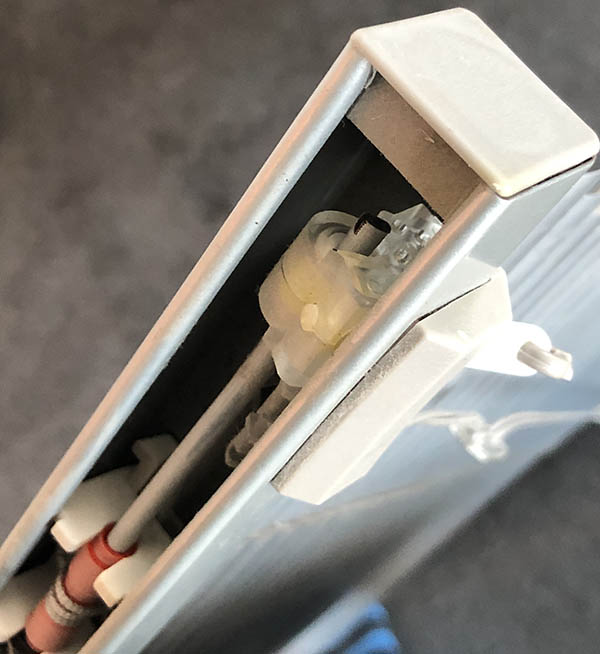 A stepper motor allowed me to program in a set number of rotations between open and closed.

Keep it simple to start with, and use buttons to open and close on-demand instead of trying to get fancy with automatic function based on time of day, light levels, or voice control